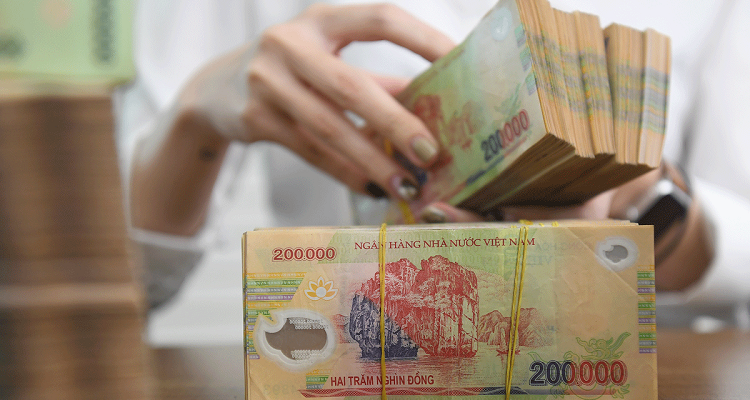 The Vietnamese Dong is considered to be an exotic currency, which makes it attractive for collectors and investors. It is hard to find in the US since a lot of banks and exchange offices don’t hold it. However, there are legitimate online exchange services that trade with this currency and can get it delivered to your door in a matter of days.

Whether you’re interested in investing in this currency, or you’re planning a trip to Vietnam and you want to exchange the money beforehand (which is a smart decision), you should first learn more about the Vietnamese Dong, and this article should be a good start.

Vietnam is a country of rich history, and most of us are somewhat familiar with its 20th-century history. The Vietnamese Dong replaced the piastre of French Indochina in 1946. The word dong is borrowed from Chinese, referring to Chinese bronze coins which circulated during the dynastic periods of China and Vietnam.

The Dong was initially introduced in North Vietnam, while in South Vietnam the piastre kept circulating along with the Dong until the fall of Saigon in 1975 when Liberation Dong was introduced.

The currency was finally unified along with the unification of Vietnam in 1978. The Dong was revaluated in 1985, making it equal to 10 old dongs. This revaluation caused inflation that lasted until the mid-1990s.

During this inflation, the coins issued in 1978 lost all value and stopped circulating. There were some commemorative issues of coins since 1986, but they never entered circulation. The State Bank of Vietnam started issuing coins again in 2003.

The Vietnamese Dong appears to be in a constant state of inflation. It is now the third weakest currency in the world, right behind the Venezuelan bolivar and Iranian rial. This inflation was triggered by the 1985 revaluation and was only put under control in the last couple of years.

The inflation has forced the government to start printing larger and larger banknotes, finally resulting in the release of 500,000 banknotes in 2003. From 1992 to 2002, the State Bank was issuing bearer’s checks in denominations from 100,000 to 5,000,000, in order to support the growing industrial demands for large transactions.

With the banking system upgrading to electronic transfers of large amounts of dong during the 2000s, there was no more need for bearer’s checks, so the State Bank has stopped issuing them.

1 USD today costs 22,758 VND. If you were to visit Vietnam today and exchange $50, you would instantly become a millionaire, but you could only afford a couple of meals and nights in an apartment.

The lack of coins and the worthlessness of some banknotes has created a specific trading practice where merchants simply fix the prices to certain banknotes because they often can’t return the change, so a full meal basically anywhere in Vietnam costs 50,000 VND. If you only have larger banknotes, a merchant might try to convince you into paying with them.

There are two types of dong banknotes in terms of printing material: cotton banknotes and polymer banknotes. Cotton notes are the notes of lesser value, from 200 VND to 5,000 VND. These banknotes are almost worthless, and you would rarely use them in transactions. They are of very poor quality, so they easily get torn or destroyed by water.

Polymer notes are more worthy, ranging from VND 10,000 to VND 500,000. They are designed to deter counterfeiting and are also water-resistant. However, these banknotes tend to stick together, so you should be careful when handing them over to a merchant.

The Vietnamese economy has been stabilizing in recent years due to foreign investments and the political and economical stabilization of the region. The country is transforming from an agricultural economy to an electronics assembling hub. Vietnam’s government has been encouraging foreigners to invest in VND, which also slows down inflation.

The reports show that VND has been one of Asia’s most stable currencies in recent years. This has encouraged more and more people to invest in VND and with more people investing the chance of the currency growing stronger increases.

Vietnam has recently become one of the world’s hottest tourist and business destinations. A lot of reasons combined to make this happen. It has a huge population with a growing middle class, which makes it an attractive market. It also has a rich history and interesting culture, which makes it attractive to tourists (especially Westerners).

On top of all, everything there is affordable to Westerners, and Vietnam’s stabilizing economy attracts investors. One of many peculiar aspects of this country is its currency. From its banknotes’ exotic looks to its wild history and promising future, everything makes this currency attractive to investors, collectors, and travelers.

If you’re thinking about visiting Vietnam, we definitely encourage you to do it, but you should plan your trip ahead, especially when it comes to money. You should avoid exchanging money at airports and Vietnamese exchange offices because you might end up losing money for various reasons.

We suggest that you exchange your money before the trip using one of the reliable online exchange services that hold this currency, such as US First Exchange. You will find the best exchange rates there, and your money will get safely delivered to you up to 48 hours after you’ve placed an order. These services are also the perfect choice for investors and collectors.

Learn more about best practices for saving money, on this website: www.wow-golds.net

What An MRI Department Needs To Know About COVID