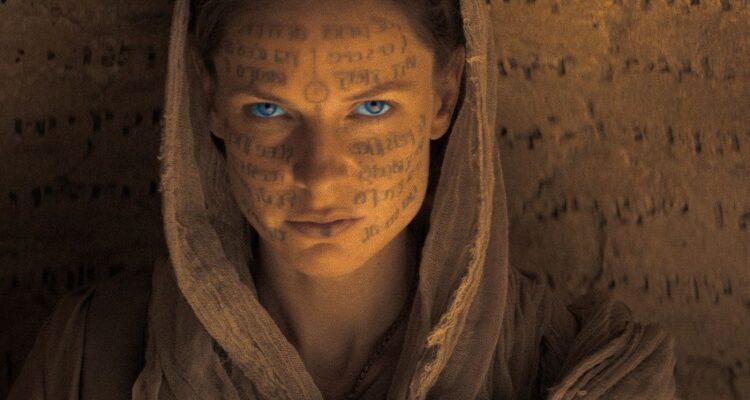 French-Canadian filmmaker Denis Villeneuve’s space opera, Dune, has received rave reviews and looks to be one of the year’s best movies. Early on in the movie, Duke Leto Atreides, played by Oscar Isaac, remarks that it must have taken a lot of money for the Emperor to send an envoy to Caladan, his home planet. The Emperor’s retainer, Thufir Hawat, played by Stephen MycKinly Henderson, rolls his eyes as his tattooed lips spit out just how expensive the whole endeavour cost. A question that Polygon magazine and many fans of the movie were left asking themselves is, “What do those tattooed lips signify?”

It turns out that Thufir Hawat and Piter De Vries (played by David Dastmalchian) are what are known as Mentats, or human computers. In the mythology of the Dune-verse, Mentats belong to a profession that emerged as a replacement to computers and thinking machines, after the Bulterian Jihad. The Butlerian Jihad was a war waged by humanity against artificial intelligence (AI). The war evokes the fears of Elon Musk, who has called AI an “existential threat to humanity”. After the war, humanity banned the development of any machines in the image of the human mind. This ban was codified as part of the galaxy’s major religion.

In Dune, there are no computers, or even calculators. Instead, Mentats, who are trained to handle the most complex and mentally demanding tasks, perform the work of computers. Considering that there are mental athletes such as the “Human Calculator” Scott Flansburg, and memory champions, Nelson Dellis, who already perform incredible mental feats, perhaps all we need is the right training to become human computers?

These Mentats are identifiable by their lip tattoos. These tattoos are one of the most memorable visuals of the entire movie. They are a result of drinking “the Juice of Sappho”, which increases their speed of thought by 200% and above. This juice is, of course, a drug, and is very addictive. Over time, drinking this juice causes a person’s lips to stain, leaving them with what appears to be a wine-coloured tattoo on their lips.

According to Donald Mowat, the movie’s head of hair and makeup, these wine-stains were some of the most difficult features to design in the movie. Mowat admits to spending a week designing the stains so they would be just right. After racking his brain trying to find the right approach to the problem, a team member advised him to watch David Lynch’s 1984 adaptation. He tried using the color blackberry, and he tried wine stains, but to him, that just made his characters look like they had drunk Kool Aid.

While he was designing the stains, he was working on tattoos for other characters in the Dune-verse, such as Sardaukar warriors and the Fremen. That made him think and he began to wonder if the solution lay in thinking of the stain not as a stain but an actual tattoo. He decided to give the Mentat a tattoo the color of wine, and because he had spent so much time thinking of blackberries, and black currant and darkness, he landed on the idea of making the tattoo as small as it appears in the movie. So when you come in for lip blushing, you can imagine yourself as part of that great profession of Mentats, tasked with all of humanity computing.